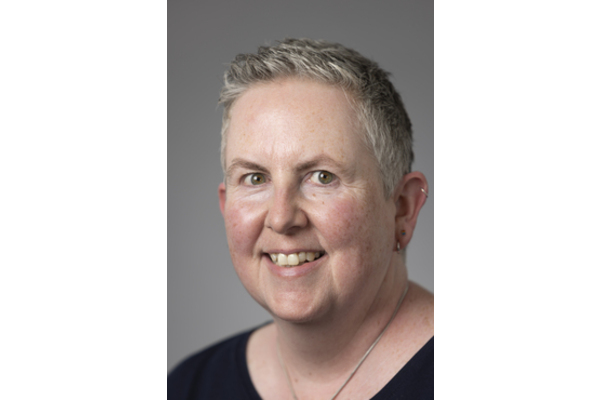 We’re delighted to announce that Jo Todd, CEO of Respect, has received a CBE in recognition of her services to victims of domestic abuse.

In a career spanning 30 years, Jo has worked in roles and developed relationships right across the domestic abuse sector. She worked in survivor support organisations for many years before shifting her focus to addressing the root cause of domestic abuse: perpetrators.

In 1993, Jo started out by volunteering at Ipswich Women’s Aid (now Lighthouse) and secured her first paid role later that year at the Andover Crisis and Support Centre. In 1995, Jo moved to Westminster Women’s Aid (now Solace Women’s Aid), then to DVIP in 1997. Jo was also a founding trustee and the second Chair of Woman’s Trust (founded in 1996).

In 2000, Jo was one of a group of committed men and women working with perpetrators of domestic abuse who recognised the need for an organisation like Women’s Aid, but for perpetrator work. Jo was central to the organisation’s formation, taking on the role of part-time Development Worker alongside her role at DVIP. Once Respect was established, Jo then applied for and secured the role of CEO, which she has now held for 22 years.

Reflecting on the early days at Respect, Jo said,

“I felt strongly that any work with perpetrators needed to have survivors and their safety at its core, and that ethos runs through Respect and our work like a stick of rock. Respect was set up to put perpetrators in the spotlight both in terms of individual accountability and public policy, as well as ensuring those delivering perpetrator work are supported to deliver safe and effective work.”

Jo is now being recognised for her years of commitment to the sector,

“I was rather amazed when I received the letter. I’m lucky enough to have been in the privileged position of helping Respect grow and flourish, but I couldn’t have done it without all the brilliant colleagues I’ve worked with over the years, who are the greatest bunch of people working tirelessly to make a difference, in an area where the work is challenging, and the cause unpopular.  This award feels like a recognition of all of our work to ensure that perpetrators of domestic abuse are  held to account and I’m proud to accept it.”